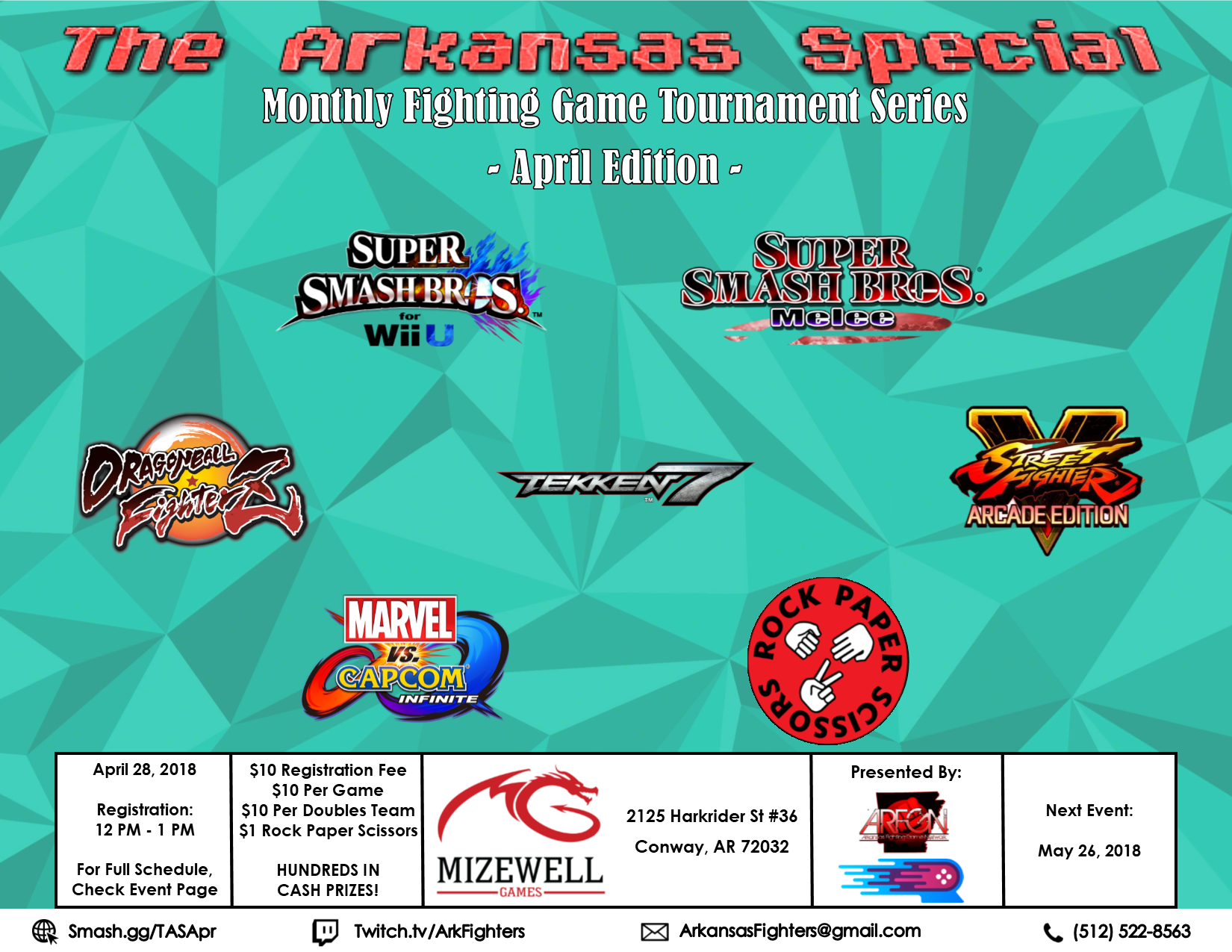 Full event page can be found at smash.gg/TASApr

The Arkansas Special is a monthly fighting game tournament series designed to showcase some of the best talent in the region. The game listing changes every month and the list for the following month’s tournament will always appear at the bottom of the the details below so everyone will have time to prepare for their favorite game.

Every tournament will have a full ranking associated with it. This will -ONLY- take into account matches played at The Arkansas Special and is not intended to compete with any PR or other type of ranking. Players at the top of their game will be featured in promotional material and prizes will be given to those who can maintain top status in their game for an extended period of time.

The Arkansas Special is run in conjunction and coordination with River Valley LAN, which is a 24-Hour LAN Party featuring many of the most fun PC games on the market. Please visit http://www.rivervalleylan.com/ to learn about their group!

– Smash for WiiU Payouts: To be announced at tournament. Includes pot bonus of $2 per entrant in singles. Every participant in the event will also receive an entry into a raffle for a free copy of Smash Switch.

– Dragon Ball FighterZ will have a sniper bonus of $25 if you can send AlphaLettersSoup to Loser’s or eliminate him from the tournament. You will receive $50 if you can do both.

– Receive a 15% BONUS if you take your winnings as STORE CREDIT instead of cash.

NOTE: Latest Registration for each game without penalty will end PROMPTLY one hour before that game’s tournament begins. If you are later than this, you WILL BE CHARGED A FEE to be added to your respective tournament(s) (provided there is room). We are working very hard to make sure tournaments are ran ON TIME.

Complete Rules can be found at http://arkfighters.com/extra/tournament-rules/

This entry was posted in Events. Bookmark the permalink.